What did they just say? The following list of common military acronyms and slang will help you learn how to "translate" a military conversation. 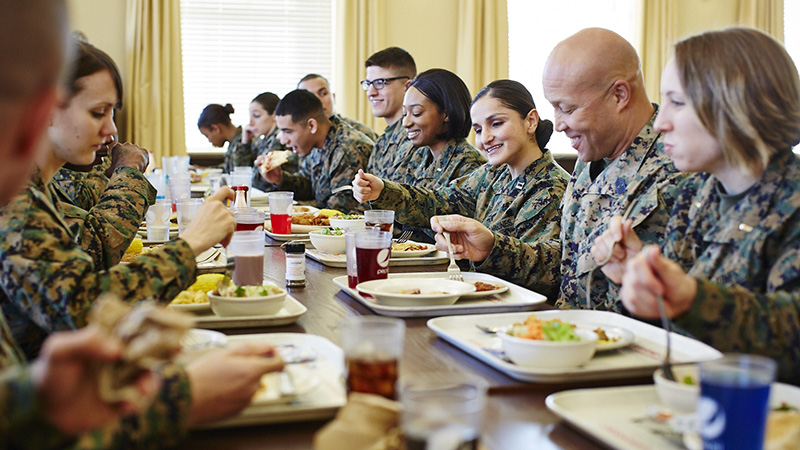 “A” and “C” Schools:Advanced Training schools in the Navy and Coast Guard.

About face: The drill movement where a person or group turns and faces the opposite direction.

ACU: Army Combat Uniform. It is the daily work uniform, as opposed to the dress uniform (for Army personnel).

ASVAB CEP: Armed Services Vocational Aptitude Battery Career Exploration Program, which is used for career exploration and given in high schools and community colleges, at Job Corps centers, and at correctional facilities.

AWOL: Absent Without Official Leave, which means to leave duty without permission.

Bravo Zulu: Praise for a good job or "well done."

DCO: Direct Commission Officers, who are specially skilled officers who transition directly from civilian careers that are needed for military operations, such as law, medicine, religious studies, etc. Regular age limits and requirements may be waived for some of these positions.

DEP: Delayed Entry Program, a program that allows newly enlisted members to delay reporting for basic training —sometimes up to a year.

EOD: Explosive Ordnance Disposal, responsible for the safe handling, deactivation and removal of an unexploded ordnance—the military version of a bomb squad.

Galley: The kitchen aboard a ship.

Head: The bathroom or latrine aboard a boat or ship.

IRR: Individual Ready Reserve, which is a Reserve component of the Armed Forces made up of former active duty or reserve personnel. 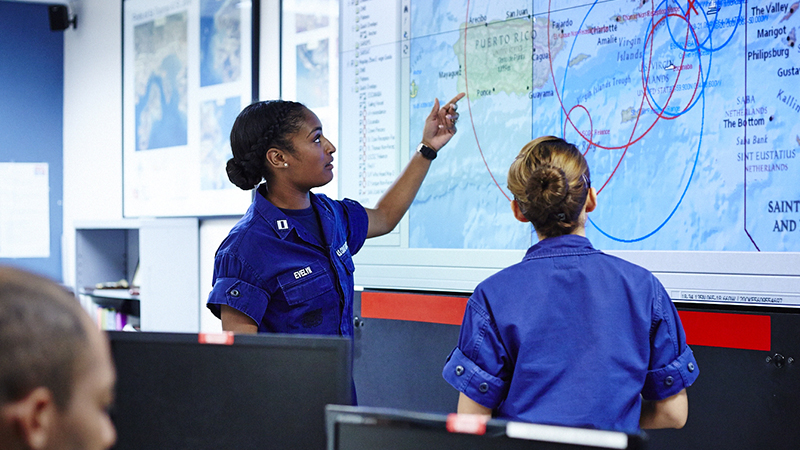 MRE: Meal, Ready-to-Eat, a self-contained meal packed in a flexible bag designed to eat while training or during operations when normal food service facilities are not available.

MWR: Morale, Welfare and Recreation are programs that help service members keep an active social life with activities, facilities and other opportunities.

Non Sibi Sed Patriae: Latin for “Not Self but Country,” this is the unofficial motto of the U.S. Navy.

Oorah/Hooah/Hooyah: Marine Corps'/Army's (respectively) spirited cries. It's usually in response to a verbal greeting or as an expression of enthusiasm.

PCS: Permanent Change of Station; relocate to another base.

PiCAT: Pending Internet Computerized Adaptive Test, an untimed, unmonitored version of the ASVAB that can be taken online.

POC: Point of Contact, the person to connect with on a given matter.

Semper Fi: Short for “Semper Fidelis,” this is the motto of the U.S. Marine Corps and is Latin for “Always Faithful.”

Semper Paratus: Latin for “Always Ready,” this is the motto of the U.S. Coast Guard.

Semper Supra: Latin for “Always Above,” this is the motto of the U.S. Space Force.

This We’ll Defend: The motto of the U.S. Army.

Topside: The upper deck of a ship.

VA: Department of Veterans Affairs, which provides dozens of federal benefits to veterans and their dependents, including home loans that are guaranteed by the federal government, educational assistance and disability compensation.

See how service members are achieving their personal and professional goals while leading fulfilled lives. 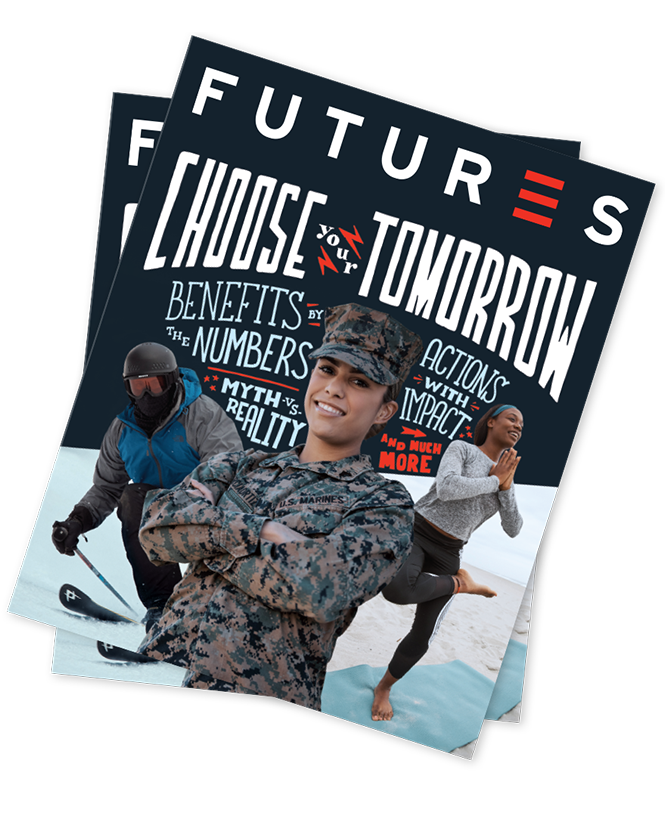 Gain a complete picture of the benefits and challenges of serving.

Get the facts on boot camp and tips on how to prepare.